A downloadable game for Windows

Shape Them Up is a side scroller action minimalistic game.

You control a square in the lower left corner of the screen, trying to avoid or
destroy the evil pentagons coming your way.

How the game matches the theme

Every action in the game has 2 or more purposes:
The Jump can be used to position yourself to dash into enemies, but also to avoid
hitting them when not dashing. The Dash can be used not only to kill enemies, but
also to position yourself above them for a Fastfall kill. Killing enemies not only
gives you points but also refreshes your abilities so you can keep killing and
increase your combo. Killing also increase the speed of the game, making it more
difficult. Comboing enemies increase your score and the amount of points you make
for each kill but also heal you, incntivating you to go for those big combos, specially
when low on health.
Getting hit also has two purposes: it makes you more careful by bringing you close
to the end but it also slows the game down, so you can have more time to think.
Those are just a few of the examples, but with a careful look, you can see that
everything in the game has more than one purpose.

Meant to run on Windows

And a special thanks to all the people who have contributed to the tools above. 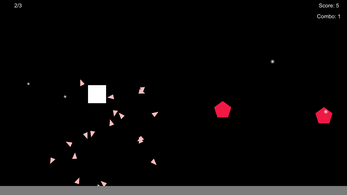 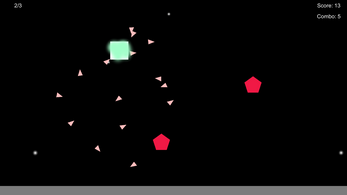